Small pieces of accordion on a broken table 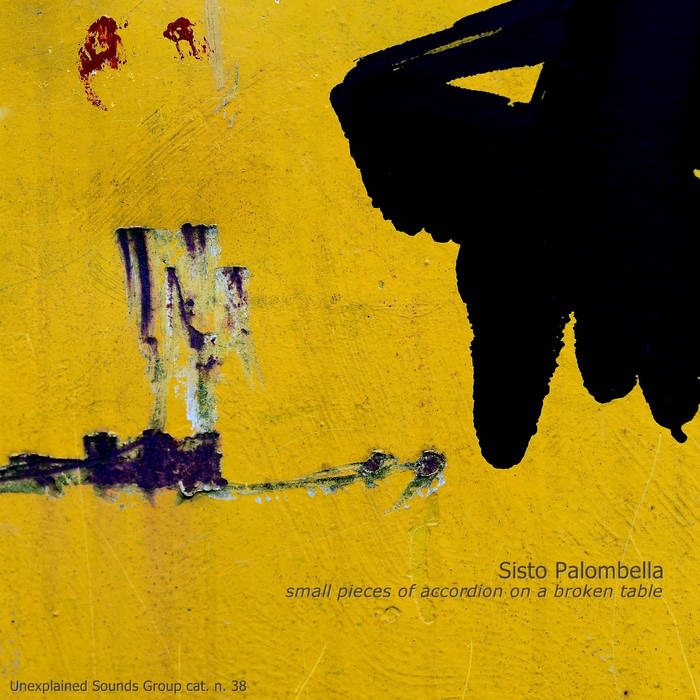 Describing Sisto Palombella’s music is not an easy job. His music has often been compared to the one of Terry Riley. However, while Riley, the American master, is known for his minimalist style, Southern Italy’s Palombella presents a unique ‘musica massimale’ approach. Palombella’s music encompasses many fields, ranging from avant-garde to blues improvisation, but it's with "musica massimale" (a definition provided by the author himself), that he reaches new levels of expression and originality. Listening to some of his compositions, we clearly feel how he pushes his mental and physical limitations while honing his craft. Palombella presents a deep and visceral relationship with the accordion that can rarely be found in contemporary musical improvisation.


Sisto Palombella, from southern Italy, pianist and accordionist, discovered the sounds of the accordion in his twenties. He chose this instrument in order to play going around in the streets. Workshops with E. Rava, F. D'Andrea and S. Lacy (1985), and experiences with ethnic music groups of Arab flamenco (Nura), Italian-Palestinian (X-Darawish), Balkan, completed his music view. Always interested in the street music, he has been part of street artists caravans. Graduated from DAMS with a thesis entitled "Identikit of the street musician", the first in Italy (1989), he also studied at the Conservatory of Mantua. Palombella alternates collaborations with local ballad singers to experiments having as a reference the P. Glass and S. Reich minimal improvisations.