To Wear Quipus Or Cables. Video By Paola Torres

Anthology Of Experimental Music From Peru 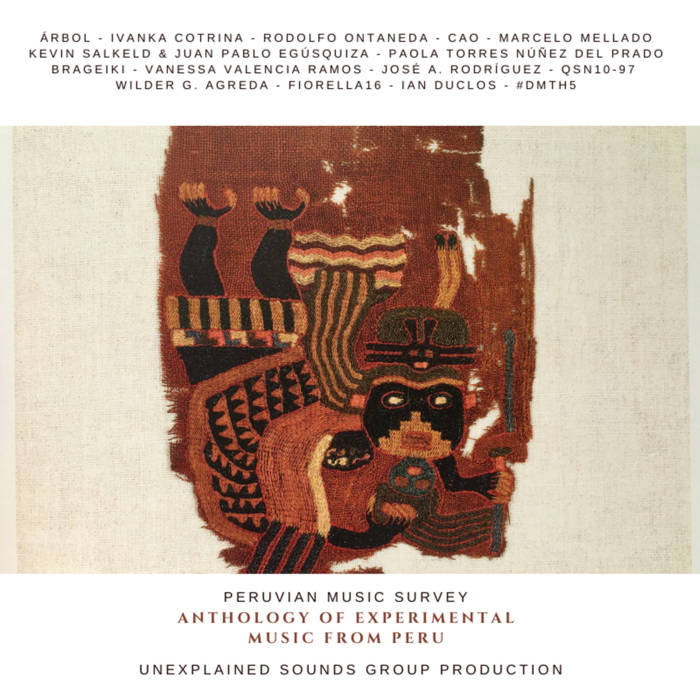 Elysian Fields - KXCI 91.3 FM It's my belief that this anthology series has long been overdue. Frankly, there hasn't been strong showcase of experimental music from Central and South America that has come even close to these multiple releases. The care with which each of these releases is put together underscores how seriously USG takes this work. Congratulations on another great release! Favorite track: Vanessa Valencia Ramos - Plantas Medicinales Contra el Patriarcado.

TigerTorakio Another entrancing collection from USG that does nothing but make me want more from Latin America. Rodolfo Ontaneda hits a high point early on with a frightening post-rock-ish piece that takes us to the seventh circle of hell and carries us out again with minds wiped clean. Favorite track: Rodolfo Ontaneda - Río de sangre hirviendo.

Once overlooked as a source of great music, producing everything from psychedelia to punk, and ethereal bliss to powerful riffs, Peru is rapidly advancing to the forefront and a well-deserved spot the history of musical evolution. Being that experimentation has always been a common denominator in everything Peru has delivered to the world, Unexplained Sounds Group is proud to release this compilation detailing how these experimental and risk-taking tendencies have been developing.

Keeping its focus on contemporary artists rather than on those coming from the "50s Generation" (as the first composers are referred to), the aim of this anthology is to highlight the genre's evolution from Valcárcel’s fusion of European avant-garde influences with Peruvian folklore, to the current day, in which artists like Paola Torres Núñez del Prado or Vanessa Valencia Ramos keep pushing the envelope, creating a new identity for future artists to follow.


Edited by ©Unexplained Sounds Group
Curated and mastered by Raffaele Pezzella
Special thanks to Jorge Castro Ortega and Diego Faucheux for their precious help
Cover image: Fragment of a cloth with a flying figure. Paracas culture, Peru
© 2021. All rights reserved