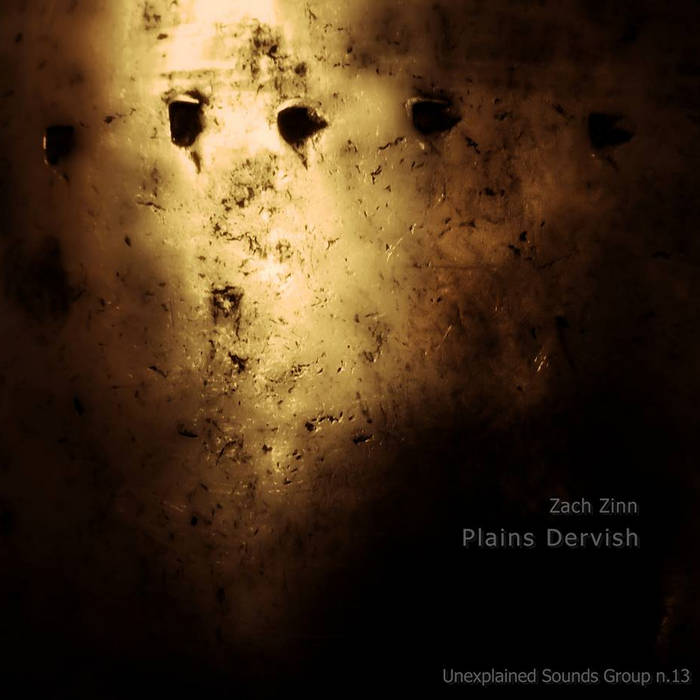 ZACH ZINN was nurtured in New Mexican bohemia - in a mountainous desert in which weirdness is prized and cultures smash together like atomic bombs. His homeland of Albuquerque hosts residents who hold Conquistodor land grants, Navajo natives, a hispanic majority, and travelers who settled after their cars broke down on Route 66.

Zinn's music evokes sparse, wide expanses of dirt and turquoise sky. He composes his electronic landscapes from acoustic instruments, which are salvaged from junk shops, raided from toy chests, oldiered and rewired from broken scraps. In his abstract meditations, cultures coalesce through a world of sampled instruments, including the thunder drum, bowed psaltery, Japanese gong, Irish tin flute, accordian, and chord organ.

Lacking formal training, Zinn has a unique sound honed during decades of tinkering. He learned music theory from a short order cook at a restaurant where he waited tables. His influences include Zoviet France, Tibetan Buddhist mantra and ritual music, Illusion of Safety, Nocturnal Emissions, and primitive tonal drone.

This album is made of 11 pieces, all of them composed, arranged, interpreted and recorded by Zach Zinn. Although this is not unusual in the field of experimental music, Zinn makes use of acoustic instruments re-built with recycled materials sourced in junk shops giving his music a range of tones outside the purely electronic spectrum. Consistent in a number of tracks is the presence of what appears to be a Celtic flute played over a stream of sounds that on occasions resemble an antique pipe organ put through a synthesizer.

The pipe sounds and the serial or mantra like manner in which Zinn composes some of his numbers in Plains Dervish give this work a serene and spiritual feel. This album is a mixture of meditative sounds and unusual pastoral tones. My overall impression is that for Plains Dervish, Zinn’s ambition was to produce a coherent set of spiritually inspired sounds with a slight oriental bias. This does not devalue Plains Dervish in any form. In fact, the album is a rare example of a body of experimental music, which could perfectly well fit as the sound track for an Anthology of Sacred Poems entitled The Enlightened Heart edited by Stephen Mitchel and published by Harper Collins in 1989. This work contains early sacred masterpieces such as the Upanishad, and poems from Taoist, Buddhist, Rumi and Sufi Masters and perhaps even the odd Dervish. Amongst other poets and philosophers known in the west we find Rilke, Francis of Assisi, Blake and Dante. Zach Zinn’s Plains Dervish could not be in better company.