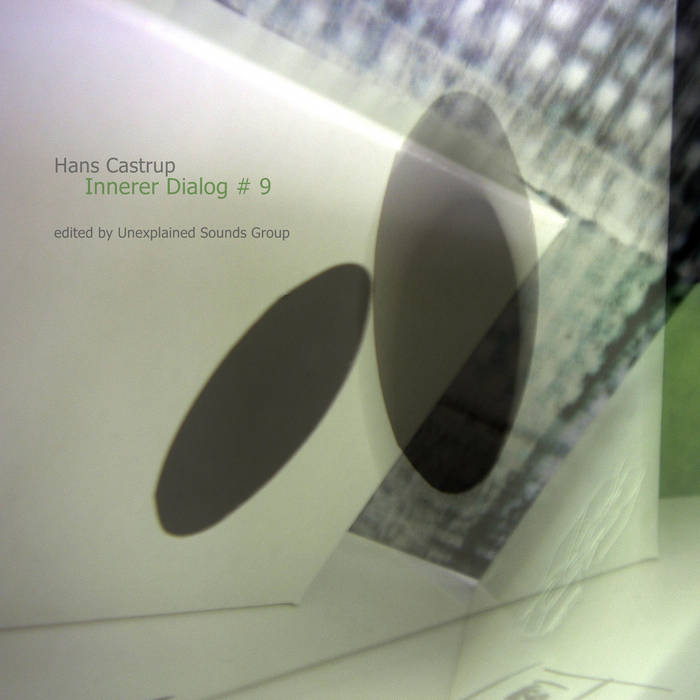 HANS CASTRUP is a multimedia artist from Germany. His research in arts spreads through various fields, from music to collage, as well from photography to video and writing. Always a prolific spirit in diverse art forms, Hans Castrup continues his musical solo explorations that he started with “Shadowplay” in 2013. Applying his technique of multiple layers (colours in his paintings, sounds in his music), “Innerer Dialog # 9” delivers 8 tracks where different sound sources were edited, manipulated and re-organized as abstract-reduced compositions and experimental collages whose reference system ranges from new music and avant-garde to today’s electronics. The abstract character of Castrup music follows the golden tradition of electronic and concrete German tradition, revisited under the lens of new digital techniques.

Bio
The artist, born in Osnabrück in 1957, studied art sciences at the university there (Magister Artium). He works freelance in the fields of painting, photography, graphics, music, video and text in Bramsche near Osnabrück and since 1978 has exhibitions at home and abroad. In 1990 the St. Petersburg artist's association "Phönix" appoints him as honorary member. 1996, 1997 and 2005 he is a lecturer at the Academy for Fine Art, Vulkaneifel. He won a.o. the first prize of public radio station BR2 for his piece “Lebendiges Wissen - Kontrolle?” (“Living knowledge – Control?”) in 2009.

Hans Castrup is an artist whose research embrace various fields trying to apply a technique of multiple layers to different media. This release could be seen as a sort of renovation of the German avant-garde tradition as the sound sources are often reminiscent of the typical oscillator based sound of the '60 but obviously this is mixed with the richer spectrum that is obtainable with modern technologies and this aspect settles this release into modernity.
The first seconds of "Prefusion" introduce the listener into an apparently clear sound spectrum which is obfuscated by some seconds of noises; a further listening reveals how he apply avant-garde sounds to a more free-form structure. So, "257 Noments", seems constructed upon a fistful of loops but his real development is applied to the soundscape in the background. "Conspective" is a meticulous collage able to oscillate between quiet moments and noisy ones searching a precarious equilibrium. When the listener seems to be aware of the rhythmic structure of "Compulse" this is suddenly changed and when it seems that "Devention" is based on drones, there's a layer changing this pattern. The glitch oriented structure of "Involution" is balanced by the inserts of old style synthetic sounds and "Expulse" starts as an abstract track to evolve exposing something similar to a theme. "Late Transionisation" starts as a sort on field recording track but it ends with evocative layers of synth.
The use of various sound sources is balanced by a structure with is more or less the same in most of the tracks, so a sense of cohesion emerges from the apparent mess of sound which is a challenge to audience used to hear without listen. A really nice release but not for everyone.